There are a wide range of bars and restaurants in the Albayzín that keep up the traditional way of cooking in order to respect the smell and taste of Granada cuisine. Several generations of different families maintained some of the oldest businesses in the district.

At the same time, new bars, which have become integrated in the district, are meeting the specific demands of a new generation of customers. On the one hand, some of these bars offer spiced specialties from oriental cuisine which fit perfectly in a district like the Albayzín. On the other hand, some bars and restaurant are focusing on cooking with ecologic products or the popular vegetarian or vegan cuisine.

However, some of the district’s traditional bars superbly overcome the challenge of cutting-edge culinary techniques. A high-level cuisine that reinterprets the traditional recipes from Granada but with means from the 21st century and whilst not forgetting its roots. This renewed cuisine updates the traditional dishes with imagination, creativity and audacity, leaving clichés and stereotypes behind.

Right now, the Albayzín is experiencing an interesting moment in terms of cooking. It hosts some of the restaurants with the most splendid panoramic views in the world. These restaurants have halls and terraces overlooking the Alhambra or Sierra Nevada. Their cuisine should soon be awarded national and international honours. They are becoming the development engine of the popular food tourism in Granada.

To sum up, the wide and diverse range of bars and restaurants in the Albayzín should help the district’s liveliness. At the same time, it contributes to make more people visit the district in order to enjoy its cuisine. 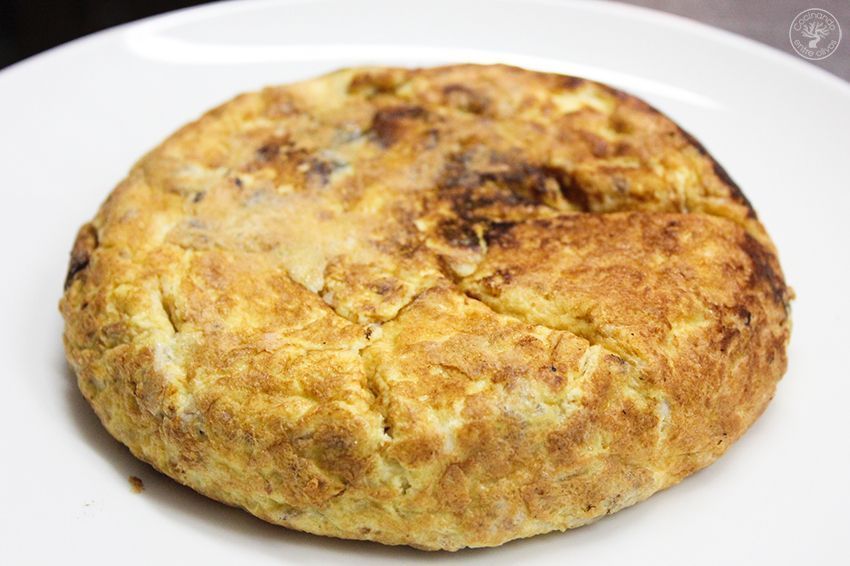 Fry the pig brain along with the peeled garlics until they are slightly brown. Then mince the brain with a fork and add the peppers, the peas and the ham. When the sauté is ready, move it into a bowl (there is no need to get rid of the oil).

Beat the eggs with the milk and a pinch of salt, as the ham is salty enough. Add the sauté. Pour the mix in a pan and cook the omelette over low heat with the pan covered.

I learned this recipe from my father who learned it from my grandmother. She cooked this omelette because she wanted my father and uncles to eat brain and vegetables, both nourishing and necessary products. There is no special occasion to cook this dish; it is suitable for any day.