The quote of this Nicaraguan writer represents two marked features of the Albayzín: its spiritual nature and its fragility as a paradise.

This district has always been a haven for different religions. The Spanish writer Ricardo Villa-Real explains this environment precisely: “It is known that the Albayzín’s churches were the first Christians temples built in the city after the Catholic Kings conquest in 1492. By 1501, Catholics had already built churches in the district and its surroundings. Some of these churches are still conserved, such as the Iglesia de San Cristobal, San José, El Salvador, San Nicolas, San Miguel, San Gregorio, San Cecilio (which was located outside the district), San Ildelfonso, Santa Ana, Santa Isabel La Real, San Juan de los Reyes, San Pedro. The list continues, with churches that did not withstand the passing of time such as the Iglesia de San Luis, San Blas, San Martín, San Gil, Santa Isabel de los Bades etc. Besides, numerous convents and monasteries of different religious orders are scattered throughout the Albayzín.

Furthermore, it is known that most of these temples were Mosques in a previous time and were gradually transformed into churches. Brother Hernando de Talavera, the first archbishop of Granada diocese, started this transformation, along with Brother Francisco Jiménez de Cisneros, during his troubled and controversial stay in Granada.”

The Albayzín is dotted with different places of worship; this section includes a brief description of them 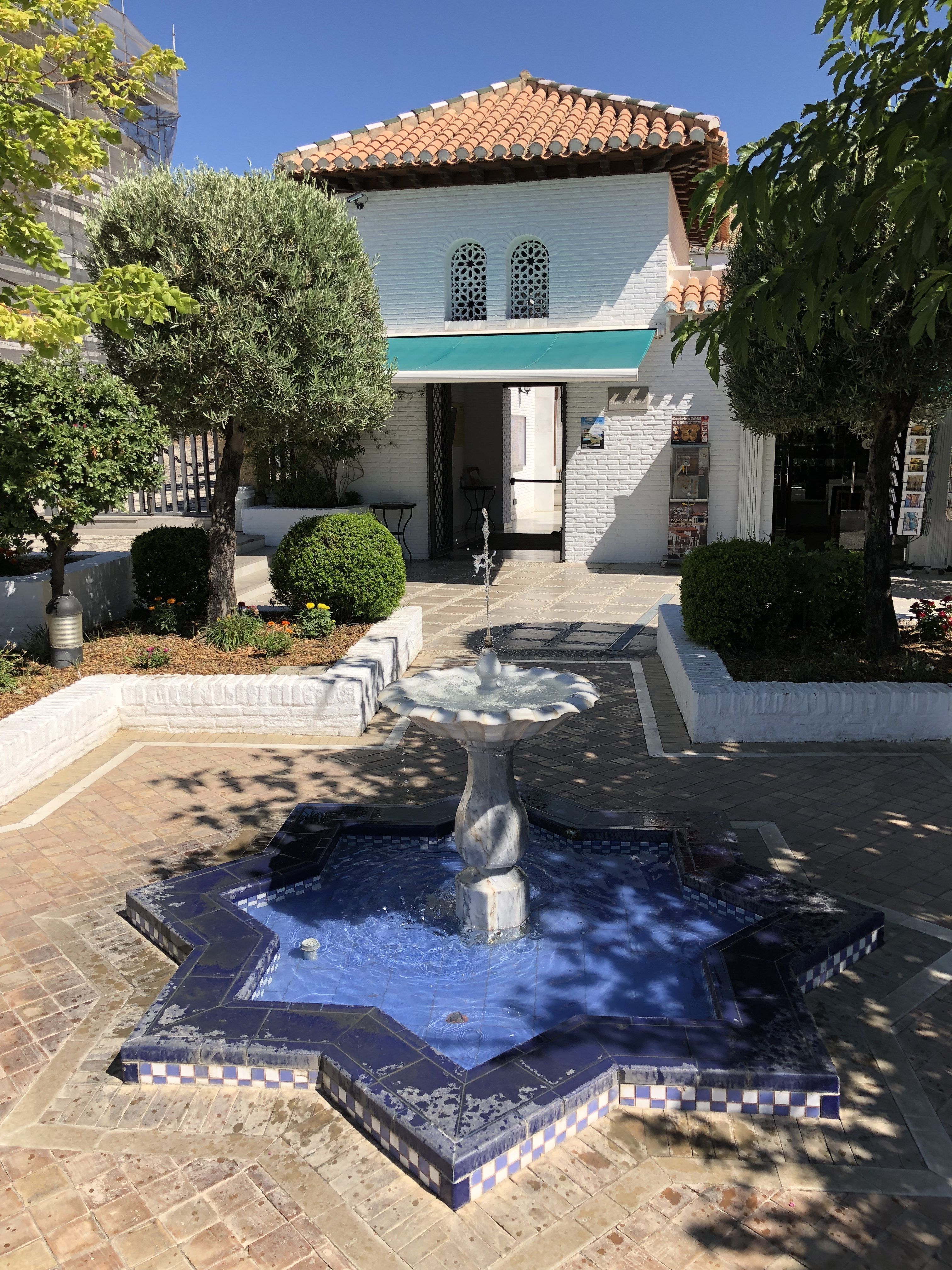 According to the Plano Guía del Albayzín Andalusí (Guided Al-Andalus Albayzín Map), the Albayzín mosque was built in the end of the 13th century. This accurate document also explains: “The courtyard attached to the church with an entrance from Calle Panaderos is still preserved from the original Mosque. The two-storey galleries on the sides still help understand how the prayer room was.”

Nowadays, the Mosque of Granada is proud to maintain an open-door policy all year long. The public can visit the Mosque Gardens daily from 11AM to 7:30PM. Moreover, the Centre for Islamic Studies is open from 9:30 AM to 1:30 PM and from 5:30PM to 8PM.

The Great Mosque of Granada hosts groups, schools, universities and civil institutions visits. They adapt the content of the visit according to the group’s educational or informative level of interest.

According to the Mosque of Granada website, the groups willing to make a guided tour or an educational visit should provide the group details and the requested date to this e-mail address: info@35.193.110.248

According to the aforementioned Map, Besides the Great Mosque, there are other Arab places of worship preserved in the Albayzín:

The name of the 16th-century Sephardic Jew palace literally means “palace of the forgotten” and is located at the end of Cuesta de Santa Inés. The several coats of arms on the façade suggest this palace belonged to a converted Jew who suffered a blood purity process.

Numerous Sephardic Jews contributed to the city’s development and even the name of Granada has a Jewish origin. However, there are few historical evidences of the presence of this community in the city. The family aims to fill the cultural and historical gaps concerning the presence of Jews in the city of the Alhambra.

The exhibition about the Sephardi culture includes objects and documents from different times: from lamps of the II century to the XX century Hanukkah Menorah. Discover Jewish culture from a mostly forgotten and different point of view through the exhibition and accounts. Travel guides does not often explain this important point of view, but it is another piece of the puzzle of the city’s history. 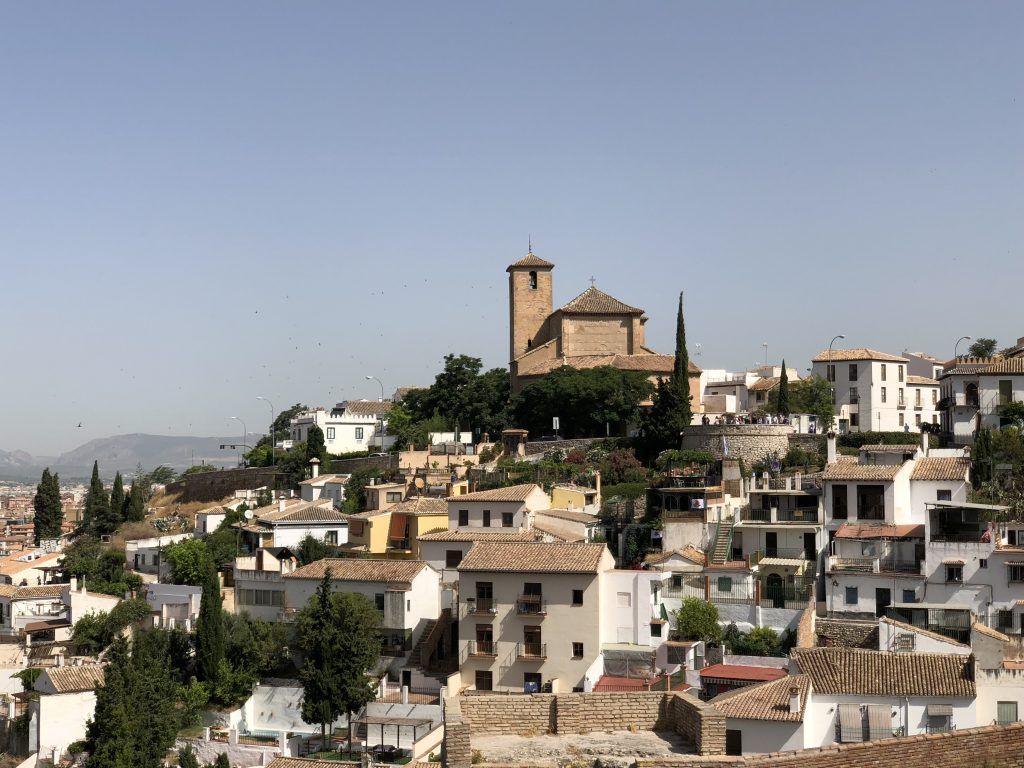 – Convento Santa Isabel la Real: Isabella the Catholic founded this convent in 1501. It is next to the Palacio de Dar al-Horra and stands inside a group of buildings that belonged to the Nasrid Royal Family. Isabella the Catholic gave these buildings to her secretary Don Hernando de Zafra. Some time later, Don Hernando de Zafra exchanged these buildings for some properties in Carrera del Darro. This Clarisse Sisters Convent holds a great artistic and architectural interest. One of the most remarkable elements is its gothic-style façade. The architect was Enrique Egas, the same architect of the Capilla Real. The Mudejar-style ceiling of the convent is one of the most beautiful in the city.

– Convento de la Inmaculada Concepción: Doña Leonor Ramírez founded this convent in 1523 for the sisters of the Third Order of Saint Francis. It is located next to Carrera del Darro in the surroundings of the Albayzín. The gothic church inside the convent is extraordinary. The ground plan is a rectangle, and there are two lintelled spaces over it. The artistic heritage of the convent includes pieces of art from the main artists of the time such as Alonso de Mena, Pedro de Mena, Jacobo Florentino, José de Mora or Ruiz del Peral.

– Iglesia de San Nicolás: This church fulfilled the spiritual needs of dozens of generations in the Albayzín for four centuries. Since the 9th of June 2012, the local association Amigos de San Nicolás opens this iconic monument daily for Granada citizens and tourists. Visitors can climb up to the top of the bell tower and enjoy a unique landscape and beautiful sunsets. Amigos de San Nicolás is an association of volunteers of all ages that aims to bring a new energy to the 16th-century church through religious, cultural, social and heritage activities. These activities are intended for the many and diverse visitors of the Mirador de San Nicolás. These visitors can admire the building’s architecture, visit the exhibition about the history of the church, pray, light up a candle to honour its saint, request information about the Albayzín or purchase an Andalusian handcraft souvenir.

– Palacio de Dar al-Horra: This palace was originally a part of a larger property with orchards and gardens. Isabella the Catholic transferred these lands to build a convent called Convento de Santa Isabel la Real. Palacio de Dar al-Horra is located in the upper part of the Albayzín, where Zirid kings lived. The palace is in the middle of a maze of narrow alleys and walls that preserve the intimacy of the charming villas. The name Dar al-Horra stands for “House of the honourable lady”. Moreover, it was the last house of the Queen Sultana Aixa, Muley Haccem’s legitimate wife and Boabdil’s mother. Boabdil was the last Arab king of Granada. Dar al-Horra is an emblematic example of palace architecture, and its structure and decoration are characteristic of the Nasrid art. The building is made up of a central courtyard with a pond. The private rooms are distributed around the central courtyard, which has two porticoes on the smaller sides. The most interesting area is the north portico, where there is a splendid view of San Cristóbal Mountain and the west of the city. The inscriptions carved on the plaster remark the private nature of the house. Some of the Arab inscriptions mean “Blessing”, “Happiness”, “Health is eternal” and “Joy is constant”.

– Iglesia de San Miguel Bajo: This church stopped its religious services in 1842. Since then, the church has lost most of its artistic value. Nonetheless, its historic value has been preserved, as it was one of the most crowded churches of the Albayzín. Moreover, it is possible to admire two types of Mudejar ceilings in the two sections of its single nave. Its architectural value can also be admired in the Renaissance façades. This church is located in the area of the Albayzín with most monuments. The 13th century cistern attached to the building belonged to the early mosque

– Abadía del Sacromonte: According to Granada Hotel and Tourism Companies Federation data, the Sacromonte Abbey is one of the five most visited monuments in Granada, along with the Alhambra, the Albayzín, the Capilla Real (Catholic Monarchs’ mausoleum) and the Hospital Real (an hospital commissioned by the Catholic Monarchs). The Sacromonte abbey stands at the top of the valley of Valparaíso, over the Darro Riverside, and it crowns the district that bears its name. This Abbey is a 400-year-old institution. An outstanding place located in a unique natural environment that has been for centuries one of the main spiritual and cultural centres in Andalusia. For further information, visit: https://albaicinparaiso.com/albaicin-connection/

– Casa de Zafra: After the conquest of Granada, Isabella the Catholic gave some plots of land with some Nasrid villas as a present to her faithful secretary, Don Hernando de Zafra. When Don Hernando and his wife passed away, the convent called Convento de Santa Catalina de Siena was built in these as their last will. Casa de Zafra remained almost the same but inside the buildings of the convent. Gallego Burín, Granada’s mayor, bought the house for the City Council in 1946 when he discovered the poor state of preservation of Casa de Zafra.

The Tourism Department of the City Council made a Convents Itinerary, to find it follow this link: http://www.granadatur.com/rutas-tematicas/4-ruta-de-los-conventos.