There is a scene in the award-winning noir Spanish film Días contados (Numbered days) when Ruth Gabriel demands Carmelo Gómez a proof of his love. If he wants to make love to her, it must be in a special, magic and meaningful place. Not just anywhere or anyway.

Granada was the chosen city. The film director Imanol Uribe solves this situation with a display of cinematographic knowledge and economy of means. He places the camera in Carril de San Miguel and takes a horizontal shot of the Alhambra and Albayzín at dawn. This is a simple but visually strong solution.

With a horizontal pan and in a seconds-long shot, Albayzín becomes the image of mystery, romantic and lustful pleasure, unleashed love and unlimited delight. There is no need to remark this moment by adding conversations, raucous music or artificial lighting. Granada evokes feelings on its own. The Albayzín gifts its strength and its charm to Granada. This district also contributes to create an exotic archetype for all the film lovers all over the world.

This is why our universal district became a huge setting throughout history. This section includes a journey around this historic district through six popular film and TV shows.

Cannibal is a 2013 film from the Spanish director Manuel Martín Cuenca. This film shows the great potential of the province of Granada as a setting for films. The director shot amazing sequences in the coast of the province and at the top of the majestic Sierra Nevada.

Nonetheless, the main setting of Cannibal is the Albayzín, with the Darro River as its centre of action. For example, the tailor performed by the Spanish actor Antonio de la Torre lives on one side of the river, and his workroom is on the other side of the bridge called Puente de Cabrera. This workroom is in Carrera del Darro number 17 to be exact.

Martín Cuenca was able to record images of the Albayzín covered with snow because of the snowfall of February 2013 in Andalusia.

Granada is one of the settings of the film Tad the Lost Explorer and the Secret of King Midas. By the end of 2017, Granada City Council promoted an itinerary called Ruta de Tadeo Jones. This excellent initiative aimed to give visibility to the settings recreated in Enrique Gato’s film. The protagonist is a Spanish builder who is an archaeology enthusiast. The builder will live thousand and one adventures. One of these bring him to Granada, where he will be involved in chases all over Albayzín’s narrow streets. 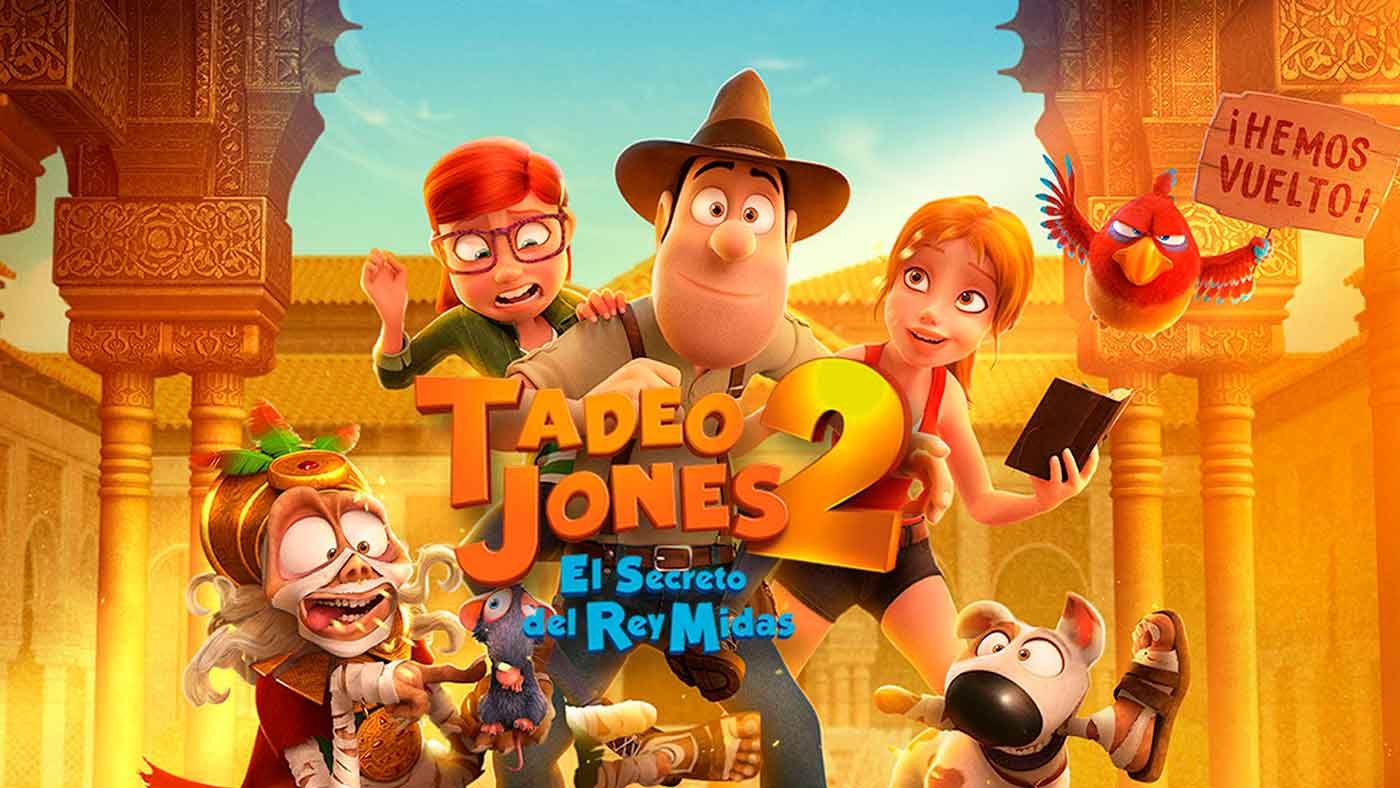 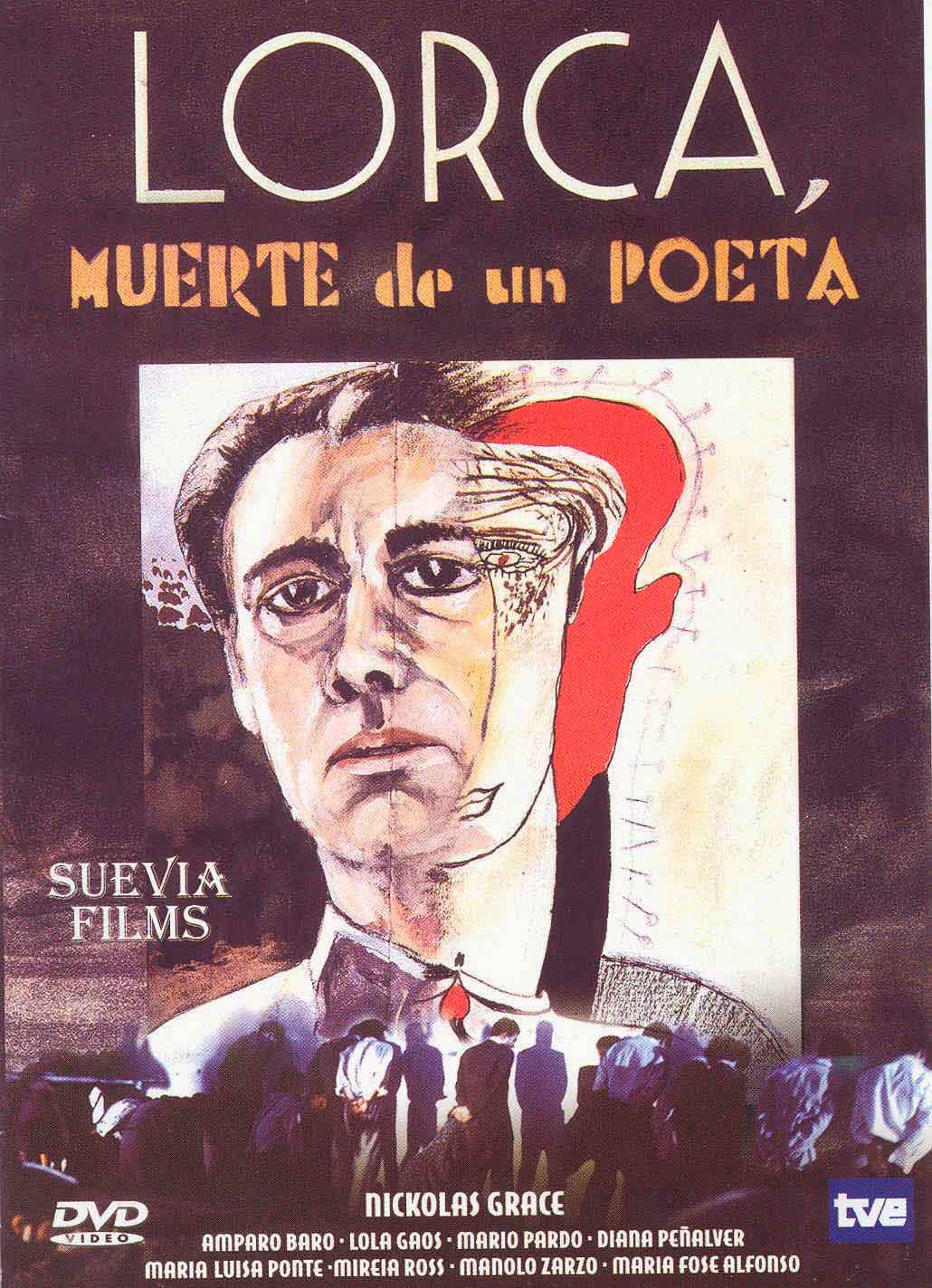 Lorca, muerte de un poeta (Lorca, death of a poet) is a Spanish TV show composed of six 40-minutes episodes, directed by Juan Antonio Bardem in 1987. This show recounts the life and death of the world-known poet from Granada Federico García Lorca. Some of the show’s scenes were shot in the Albayzín.

In the second episode named La residencia (The residence), the poet is receiving an education and climbs up the stairs next to Placeta de Porras to get to Carmén de Santa Inés, where he will give his friend Emilia Llanos a book. He also learns to play guitar in the viewpoint Mirador de los Carvajales just in front of the Alhambra.

From the corner of Paseo de los Tristes with Cuesta del Chapiz, there is another point of view of the Alhambra at night. This point of view shows the first glimmers of the Spanish Civil War and anticipates the cursed fate that loomed over Federico García Lorca.

In 2003, Miguel Hermoso directed La luz prodigiosa (The end of a mystery) based on the namesake Fernando Marías’ novel. This film speculates about the possibility that Federico García Lorca survived the execution by the fascist army on 1936. What if he is amnesiac and a bit touched? What if he is wandering around Granada streets as a tramp or… as a ghost?

The director shot this movie on many different settings in Granada. The city not only shows its great beauty but also plays an important role in the plot. 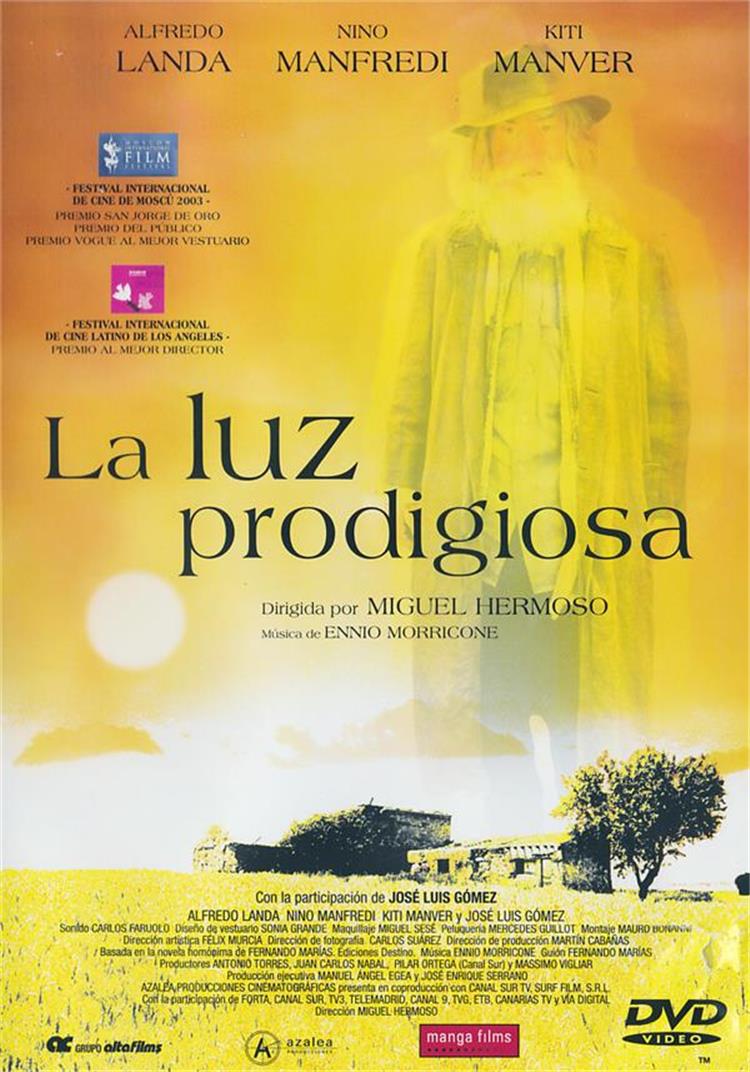 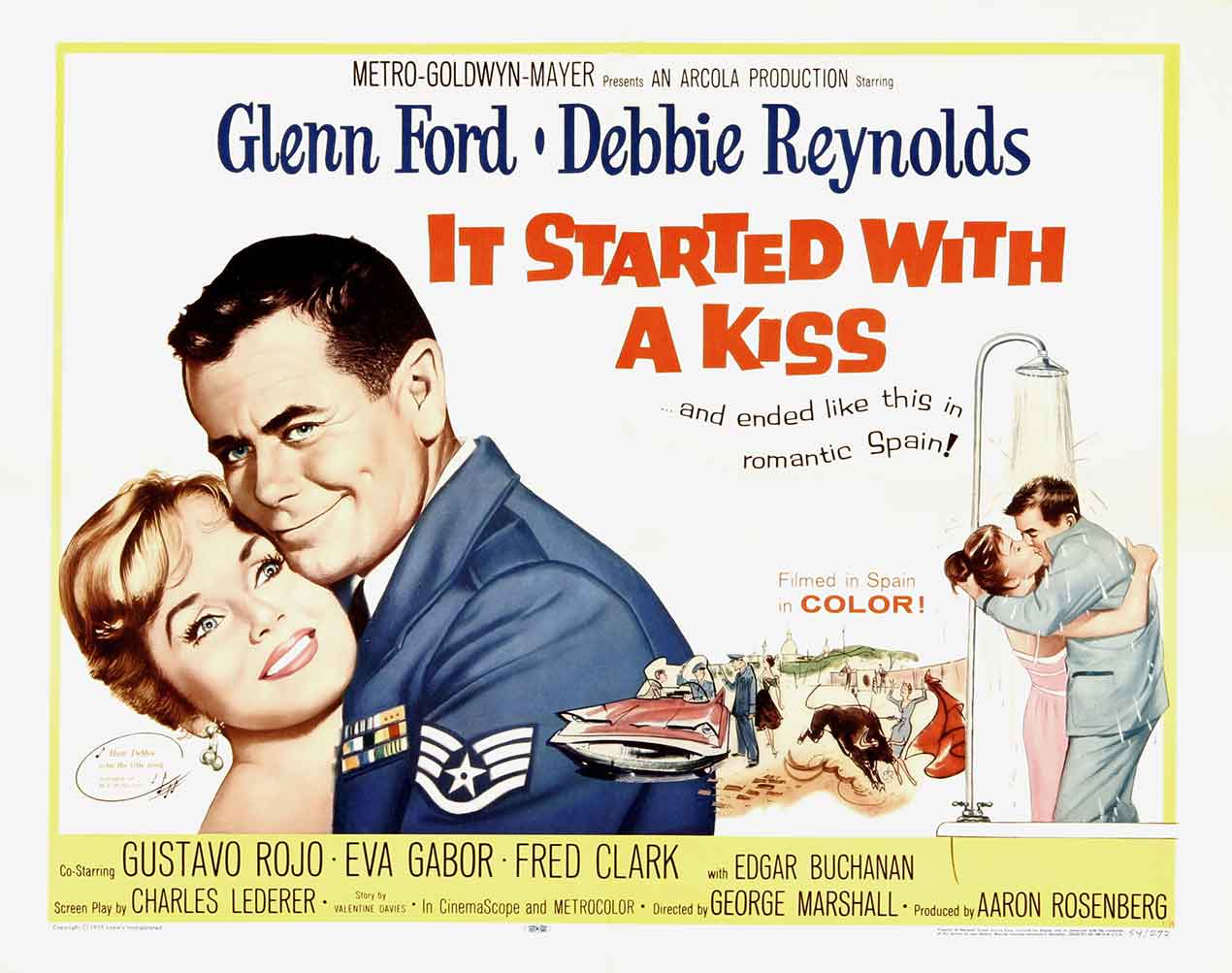 Did you know that the Batmobile once climbed up the intricate streets of Albayzín to end up parked in Mirador de San Nicolás?

This happened in the late fifties and back then, the Batmobile was just a Lincoln Futura. This vehicle was customized in order to create Batman’s car for the popular show of the sixties.

In It started with a kiss; Glenn Ford is a straightforward military man stationed in an American base who impulsively marries a beautiful showgirl, played by Debbie Reynolds. The couple spends their honeymoon travelling around an exotic Spain in a large car he won in a raffle. At the same time, they try to know each other better.

This quick but intense cinematographic tour ends with the film Días Contados (Numbered days). This film is based on a Juan Madrid’s novel and it uses Cuesta de Gomérez as a breath-taking focal point, both visually and emotionally. Cuesta de Gomérez is a passage through time, which connects the bustling Plaza Nueva to the peace, serenity and timeless calm of the Alhambra woods.

This is the street that the protagonists starred by Carmelo Gómez and Ruth Gabriel climb up in order to run away from their problems. They go to the Alhambra Palace Hotel looking for a break, a hideaway to release their endless passion.

Conversely, Antonio de la Torre’s character in Cannibal is walking down Cuesta de Gomérez to the city when he finds the picture of a murdered woman. He is facing the harsh reality again.

Puerta de las Granadas is indeed a space-time gate that connects the millenary Granada that has been dreamt, imagined, painted and recorded throughout the history with the booming, vibrant and real Granada of the 21st century.

“Eva was given the infinity in her hands and was made responsible for starting the world and initiate time. Only she embraced the challenge.” Gioconda Belli, Infinity in the palm of Her Hand. 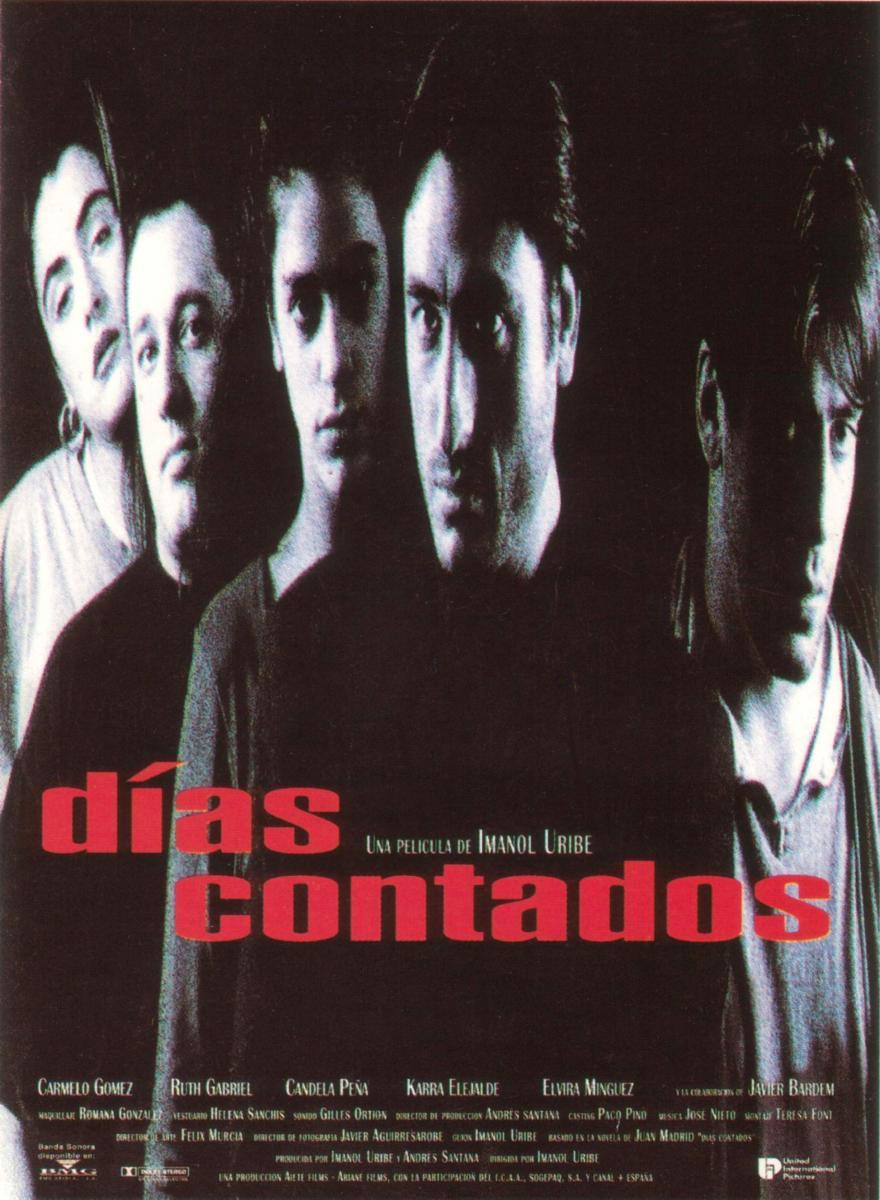