Another kind of tourism is possible

Another kind of tourism is possible

In his warm house in the Albayzín, while he serves a tea to the visitor, Jago Sermasi faces the complex and permanent issue that affects district daily life: yes to tourism vs. no to tourism. This young man from Bologna studied political science, and in 2015 created a travel agency for responsible and sustainable tourism called Walk In Granada, along with two partners.

For Jago, his travel agency has some peculiarities. They include in their website a code of good practice in which they emphasize their commitment to respect the residents and promote the local products from the district’s shops. “We train our guides to organize itineraries in sites that are not so crowded, we limit the number of participants and we maintain a constant dialogue with the residents. One day, several residents of the Sacromonte told us that they were annoyed by too many visitors. So, we decided to change the itinerary and to reduce visit frequency.” He added: “When we choose a place to make a stop, first, we look at the windows of the houses. If the windows are open, we move 10 metres away. And of course, we don’t occupy the street entirely because the rest of residents have the right to live their daily life normally, without being stopped by groups of tourists that occupy all the places the residents have to pass by.”

Moreover, Jago and his team design ground-breaking itineraries for people with reduced mobility. “The first time somebody asked for a wheelchair accessible itinerary we said it wasn’t available. The second time we answered the same. But the third time we rolled up our sleeves and we designed the itinerary in collaboration with the local associations for people with disability called Fegradi and Aspace” Sermasi affirmed. “Walk In Granada is specialized in creating itineraries adapted to specifics interests, always with expert guides in the field: from religious processions or the Sacromonte caves, to flamenco shows, etc.” he stated.

“When we choose a place to make a stop, first, we look at the windows of the houses. If the windows are open, we move 10 metres away. ” 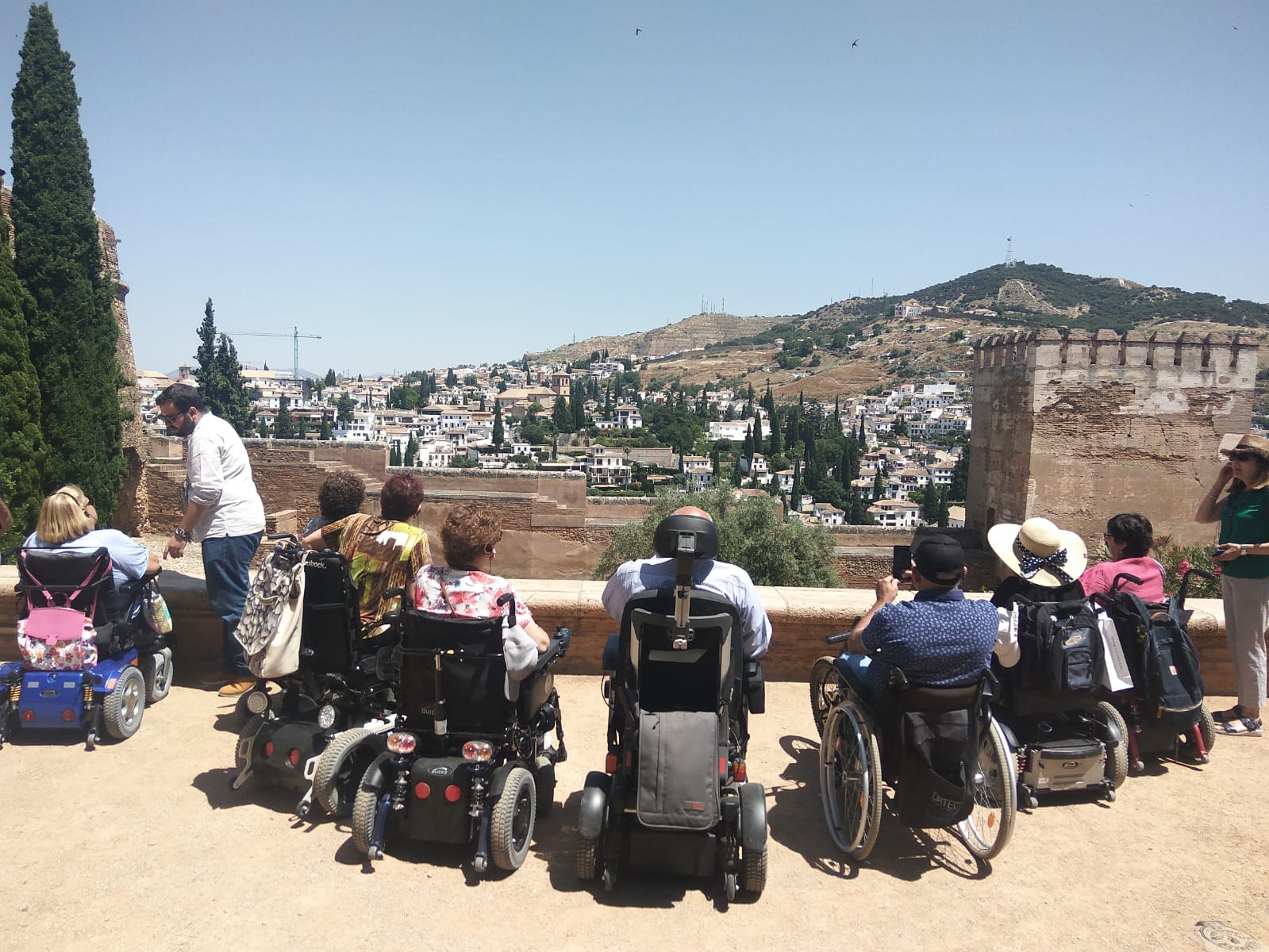 This political scientist and photography lover knows all the personalities of the district in-depth. To prove his knowledge, he talks about “the last crier of Granada” known as “El Madruga”. “He is very loved in the district. He gets up early, at four or five in the morning, and he starts to set the terraces of the bars, says the prices of the local market and gives always coins to people who need change. He created also his lottery with 100 numbers. The one who owns the ticket with the lasts two numbers of the national lottery wins 100 euros. I’ve never seen him seated in the last 14 years. He is also an influencer: he each day wears a different pair of glasses from an optician’s shop of the district so that the residents can appreciate the new models.”

Jago admits that his travel agency organizes an increasing number of free tours, one of the most discussed issues of the tourism industry nowadays. He supports the free tours with dedication: “Don’t judge a book by its cover. Free tours are said to cause unfair competition and to cheapen the product. We believe that such product has its own value, but other companies use it just to earn commissions from other businesses.

“Free tour guides should be competent because otherwise, the guide wouldn’t earn money. Our guides pay taxes: we send invoices to the guides for each tourist we send them. The guide has to pay a fixed price for each person, and we don’t decide or know the money that the guide earns for each tourist. Then the guides will pay their taxes as freelancer.”

In his opinion, this type of tourism is important “because it allows everybody to enjoy this cultural product and to contribute according to their possibilities, from backpackers to high-class professionals. Thanks to this model, visitors have the chance to do a first immersion in the world of guided tours, so that a young person who decides to pay 3 euros today will pay 20 euros when he becomes a professional because he already knows the value of this cultural tourism.”