The last one of San Nicolás

The last one of San Nicolás

Rita is 88 years old, and she is the last resident of the viewpoint called Mirador de San Nicolás. “From the people that always lived here, I am the last remaining”, she explains with a calm voice that characterizes the people from her generation. People that are not in a hurry and who are used to tell and listen. Rita tells us with her perfect memory about the past when she was a child. “I was born in 1930 near the cistern of the viewpoint. There were only turkeys, rabbits and hens running … My father used to say: if only someone opened a bar here…”

If only her father could see how the restaurants in front of the Alhambra occupied the entire viewpoint, which now has no more residents. According to Rita, this place changed forever “When Clinton came to the viewpoint and said that this was the most beautiful sunset all over the world. I see this sunset every day from my living room” she explains with a half-smile and an amused gaze.

“It’s too hot, don’t you want something cold?”, this woman born and raised in Albayzín asks the journalist and the photographer while she takes us to the balcony of her house. Could you imagine how beautiful is to contemplate the Alhambra from the last balcony of the Mirador de San Nicolás? Despite this: “We never took pictures in here” she says with complete tranquillity. “I don’t look good in pictures.”

When we came back from the balcony of the house, the tourists that crowd the terraces of the restaurants started to gaze at this old woman. She, in truth, did not pay them much attention.

“Tourism doesn’t bother me. They spend money here and that is good. I don’t like shady people, and in the viewpoint, there are some. People were healthier before.” She wipes her face with her hand and a gaze. “Yes, I miss my family. We were six siblings. I was the youngest one. I can say that the current residents are good people but the relationships between neighbours aren’t the same as before.”

And when do you go out, Rita?: “In the morning, I catch the bus to do my grocery shopping. During the afternoons I don’t go out, I stay at home.” The last resident of the Mirador de San Nicolás remains cool and seated at home.

“There were only turkeys, rabbits and hens running… My father used to say: if only someone opened a bar here…” 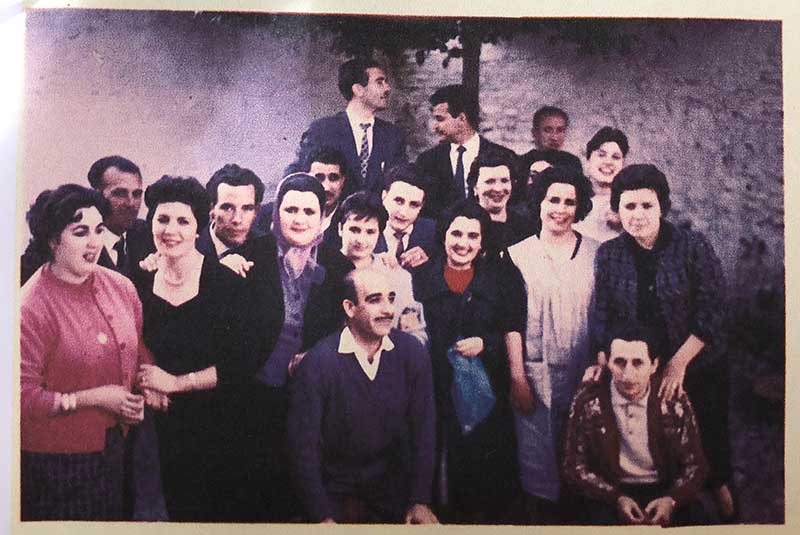