Since the beginning, the main purpose of the association was to increase the cultural level of the district” affirmed Lola Boloix, the head of the recently defunct Resident’s Association of the Lower Albayzín. Without any doubt, one of the most activist residents.

Thankfully, this association organises many cultural activities. The flamenco, for example, is one of the activities that represents the association the most, not only for its history, but also for its future.

“The Sacromonte district was a thriving tourism industry during the fifties, sixties and seventies. Many important people from all over the world visited the caves. The residents achieved this by themselves. We used to have breakfast at Casa Pasteles where we usually found the dancers that performed the night before. Women predominated in this business because they used to run the caves. That’s why we know what a tourism industry is. Everybody strived to disregard the people from here, its folklore and its way of life”, she affirmed.

Because of this heritage, every summer during the last 18 years the Association has organized flamenco shows with kids from the Sacromonte and the Albayzín and with children of people born in these districts which had to leave. “We have so much to thank the Flamenco singer Curro Albaicín because of his collaboration with us.”

Faithful to her activist spirit she added: “I wonder why people from Granada don’t go to the caves. They can also have dinner there.” 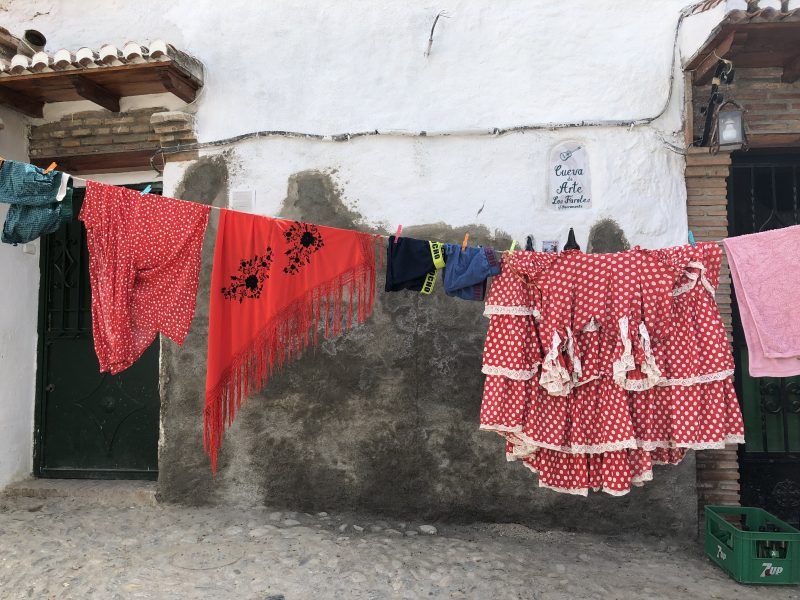 In addition to flamenco, this association collaborated to publish several works which are already a good example of the cultural heritage of the district: El Albayzín contado por sus mujeres (The Albayzín told by women) and El Albaycín. inspiración de pintores (The Albaycín. An inspiration for painters).

“By now it is impossible to collaborate to publish other works because the resources are scarce. However, we have organized over the last 12 years a photo contest in collaboration with the Council of the Alhambra. We have collaborated many times with them. This institution is made up of good people” she pointed out.

One of her imminent wishes is to pay tribute to Antonina Rodrigo, a writer and historian from Granada, who is more than 80 years old. “We put forward to the City Council to name a square after her.”

“The Albayzín survived thanks to the residents. In May, everybody paints their walls of the houses; they embellish the windows with geraniums, etc.” 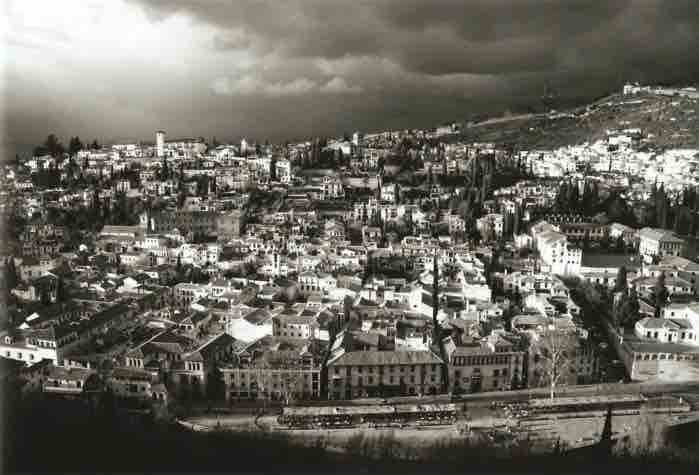 With regards to the problems of the district, Lola Boloix explains her main complaint: “People could rely on our association more often. It is not a matter of money. Older people know a lot: why don’t we listen to them?”

The residents are the main value of the district: “The Albayzín survived thanks to its residents. In May, everybody paints the walls of their houses; they embellish the windows with geraniums, etc.”

However, due to the district’s changes, we have realized that the relationship between the neighbours is not the same anymore. For this reason, we have to rely on the people who have always lived here.”

The main concern of the head of the Association are the children and the elderly. “There aren’t old people in the district anymore. When I visit Curro Albaicín in his cave, we start to criticize everybody, and he says to me: ‘You and me are the last old people in here’. But neither are the young people staying here.”

For her “The problem isn’t to fix the potholes, but to find a long-term solution. It should be worthwhile for young people to restore the houses of the district and to have some bakeries next-door. Those are the reasons why people leave the district. Before, the Albayzín was like a small village, where people could survive. When we had to go to the city, we used to say “Let’s go downhill to Granada”. The mid-upper part of the Albayzín is better. There are some bars and shops not only for tourists. But if we go upper or lower the situation is worse.”

Regarding childhood, she asks herself: “Where can we go out with the children? There aren’t any parks or any gardens.”

Even if she was not born in the Albayzín, Lola Boloix is one of the most passionate people that fight for the district: “I was born near the church called Iglesia Virgen de las Angustias. I belong to a wealthy family. My son started to live in the district at the age of three and I enrolled him in the school Colegio Gómez Moreno. This was the reason why I lived in the district.” Without any doubt, Lola Boloix is one of the people who struggle and fight for this district the most. “People must know what to expect when they come to the Albayzín.”