We are against graffiti

We are against graffiti

Sadly, graffiti are constantly appearing in different spots of the district. Local authorities and different programs against graffiti have not managed to eradicate these acts of vandalism.

For instance, the gate called Arco de las Pesas, next to Plaza Larga, has been restored recently in order to clean the graffiti painted on it. This work is a part of the Zirid wall restoration program funded by the Spanish Ministry of Culture in collaboration with Granada City Council.

Furthermore, Granada City Council is going to receive 15 million euros from 2018 to 2022 from the European Program for Integrated Sustainable Urban Development. Granada City Council is planning to invest a part of the program’s money on cleaning graffiti from council buildings and heritage sites which it manages such as façades, cisterns, street furniture and other areas of the municipal streets.

This work will cost 350 000 euros: the European Union will pay 280 000 euros and Granada City Council is going to pay 70 000 euros. This work also includes an anti-graffiti treatment for the places that need it. This treatment will help remove the paintings from objects in case graffiti appear again.

However, not all graffiti are acts of vandalism. An example is the graffiti of the flamenco singer Enrique Morente painted by the local artist El Niño de las Pinturas. To find this painting, follow uphill Cuesta del Chapiz and turn right to Camino del Sacromonte, after the Estatua del Chorrohumo, a statue dedicated to one of the district’s personalities. Despite the graffiti preservation status, it is possible to enjoy this street artwork on the wall of one of the houses on the left. 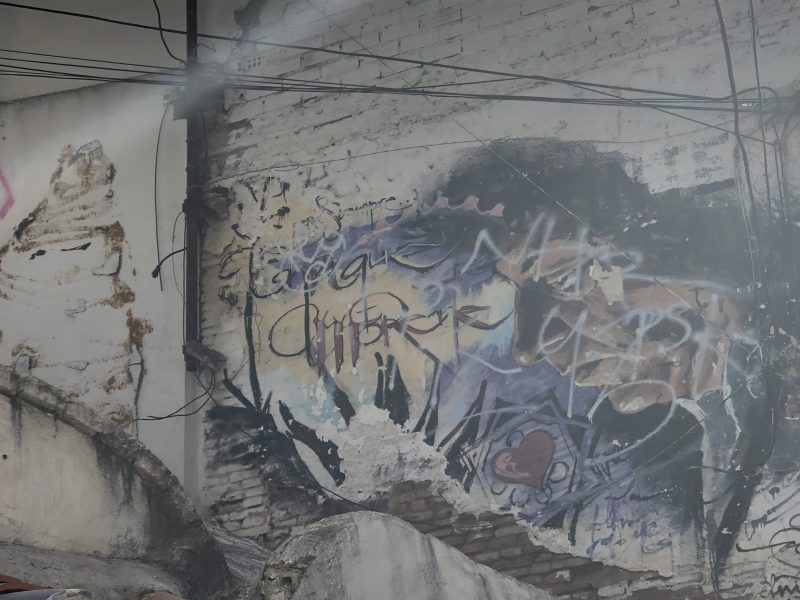